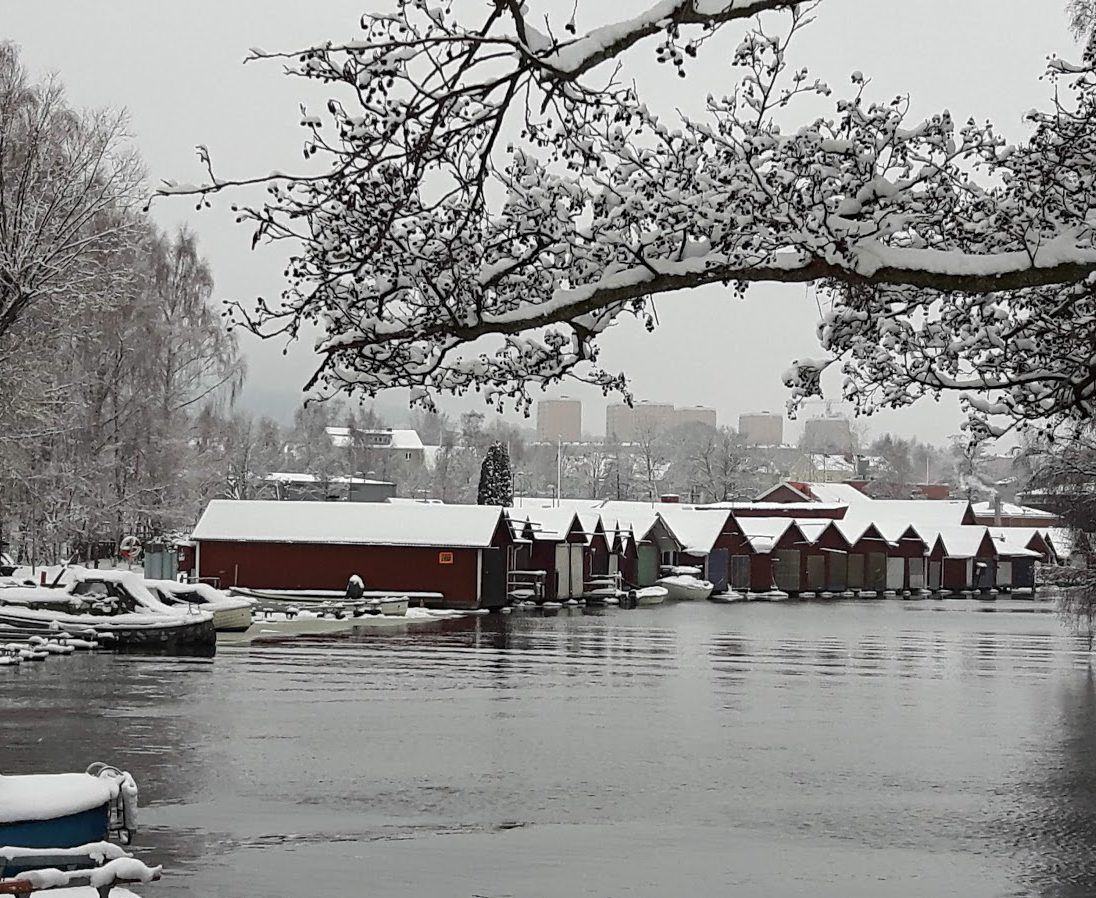 “God, if you really do exist, will you then give me a dream”

Know what you are asking.
More than ten years ago, this is how it started. Challenging God. And I dreamed that night. I dreamed that I was working as an evangelist in the Scandinavian countries. Strange I never have a dream or do remember it, we had never been there and was even not planning to go there.

So I did some homework and first discovered that almost 70%of the people in for example Sweden were Christians. No need for us to go there I thought.  But it popped up in my mind every time again. And a little bit further research taught that only  6 -10 %, or less, was attending church on a monthly bases. The number of almost 70% was because of most Swedish people where almost automatically members of the Swedish State Church.

Let make a step and see what happens.
That was the idea. So we rented a house in a Forrest in the area of Karlstad. Not knowing why there others that we found it on the internet and it has a dutch speaking owner. When we arrived we spoke with the owner, Joshua, he asked: “why are you here in the autumn, because there are seldom people from the Netherlands in the autumn here”. I answered,” Maybe it is a little bit strange, but I had a dream to be an evangelist in the Scandinavian countries, so that’s why we are here”. His answer surprised us: “Oh” he said “that’s cool! I have this place because God gave me a dream to create a place for Christians”.

Wow God is in control, even when you have booked a house on the internet>

Relations are the key
The first time we went to Sweden we learned to know a lot of people, but it was not like there was a message from heaven: “You must do this or that”. The main thing we did in that year and the years that followed was building relations. With people in Kil the village where the house of Joshua was. Later on with a Dutch family who lived an 80km further to the north in Hagfors. Every time we were in Sweden for the last 10 years, we did see a glimpse of God, we did mee new people, we get more sure about the fact that the dream was Gods plan.
But at the same time, we didn’t have a clear vision about when en how.

Outreaches
With Henk Jan and Tonia, the dutch family form Hagfors, we also did some outreaches. Speaking and praying outside the COOP in Hagfors with the people we wanted to have a conversation or a prayer. We did see some people who get healed after prayer. There where new people in the church after a day at the summer market. But still, we didn’t know, where is God calling us for?

Dessert time.
Then at the start of 2015 Arend Jan get ill. All kind of strange and vague complains in different bodyparts which the doctors and the hospital didn’t find a reason for. It was dessert time when al dreams seem to be dried up and further away than ever.

During that time Esther became part of a sportcommunity in our home town Hoogezand. For who are not familiar with sport communities here is a short explanation: A group of, young,  people who eat together, pray together, have some bible studies and then go out in the streets. There they are sporting whit the youth and in a pause moment, they share something about the gospel. A sports communities build up the members (discipleship) en reach out tho the neighbourhood. A very nice way of connecting.

Next move Sweden
At the end of 2017 Esther asked me (AJ); “Do you want to go on a trip to Sweden with Next Move. There are going to a church who used sports as a tool to reach out to the people in their town.” I was hesitating. My health issues were over, but it also looked like the dream was gone. But when I looked on the internet site of the “Kungsportkyrkan” it hits me. Sports pastors, a gym in the church. And we decide to be a part of that trip. It looked like the fire of the dream wasn’t extinguish totally.

Dream again
During that trip, we had some leadership moments. We studied on the book of Nehemia and on one occasion the asked us: let God speak in your mind, with a word, vision, song whatever.
I went outside and when I walked in the snow it was so clearly in my mind: “I want you to plant new churches. “ For me, it was clear that it wasn’t my own thoughts, in fact, I sad “noway Lord, the only way I will think about it when you tell Esther where this church-plant should take place”
But when I did come back to the church I started to write a complete blueprint about how the church should look like, how I should start. Even I never had thought about church-planting before.

Three Flags
Before we returned to our group I didn’t speak with Esther about what happened. I just thought I am not gone tell a thing about it. The group leader started to ask people what the have had from God and he started with Esther. Esther said:” Very strange but just before when we had Tikwa (a kind of biblical relax exercise) I saw three flags. And when we did get this assignment the only thing I saw again where the three flags. Two have to look upon the internet, It where the flags from Danmark en Island, the third I knew, It is the flag of Sweden”. I started to laugh. No way God. You just told us where it has to be. The Scandinavian countries, like the dream, started.  So I had to tell what I thought that God has spoken and showed.

Kairos moment
A moment when the eternal God breaks into your circumstances. That was what we experienced. This was too big, not for us, and where to start. It took us more than to weeks for us to calm down and let it sinks in. Then we decided if this is what’s  Gods plan, then we don’t want to miss it.

Back to the place we started.
We decided to go back to the places and people that God already has given. I did want to go back to the Kungsportkyrkan, but both times we tried to make an appointment it didn’t work out. But they said we have a pastor who wants to speak with you. And she gave us the email address of the pastor of a church we already knew. It was the second church we did go to when we were in Sweden for the first time. God leads us back to the place where we started, almost ten years ago. Also, another pastor did want to talk with us about church planting and a friend of ours wanted to speak about sports ministry. So we went to Sweden in June 2018.

Fil 3:16
That week we spoke with the pastors, The first told us, if you come here and live here for a couple of years, maybe you can help with the plans we have. It was for us a door which closes. The second appointment we had was on Wednesday. In the morning I was preparing preaching that I should do a week later. And at that moment it poped-up in my mind: Filipens 3;16. I didn’t know what was written so I looked it up. It said( in the dutch version): Whatever happens, let us continue on the road that we have started.
That afternoon in the conversation with the pastor, all went fine until he said” I have just a couple of years until I retire. I’m not going to do al this again” and the conversation was over. The last door closed. Stil the bible verse was clear enough: Continue!

This is exactly what we want.
back at our stuga friend invited us for a prayer meeting in the church the next day. We do pray very often for Sweden so the next day we are in the church of Kil to pray. There is a new pastor there for almost a year. We didn’t meet him personally and after the prayer meeting, he askes us:” what are you doing here” We give him a short version of our journey and share our dream and our plans for church planting. His reaction was enthusiastic: This is exactly what I want if you are serious about this, we want to support you”

What started as a dream seems to become reality.
we hade a plan, we had a place on the map to start.

Unexpected help:
But then starts the process of transforming plans into reality. The Sannerudskyrkan is part of the Equmeniakyrkan in Sweden. So the first step was to connect with them. I gift from God was the director international who is from the Netherlands. We could explain everything in our mother language. What a blessing. He also helped us with the organization in the Netherlands witch whom they have a partnership ECM  ( https://www.ecmnederland.nl/) They are helping us with everything we need to make a good start in the mission field in Sweden. It is great to be a part of that club!

And now.
We are at this moment (febr 2020) ready with a lot of things. There is a plan, there is a place. And we believe God is in control. Our fundraising looks like the greatest challenge, but we are looking forward to what will happen.

If you want to read about our plans. They are available on our site.
be blessed: